Jessica Andrade coughed up her Ultimate Fighting Championship (UFC) women’s Strawweight championship this past weekend (Sat., Aug. 31, 2019) to Weili Zhang after “Magnum” knocked her out in just 42 secon… 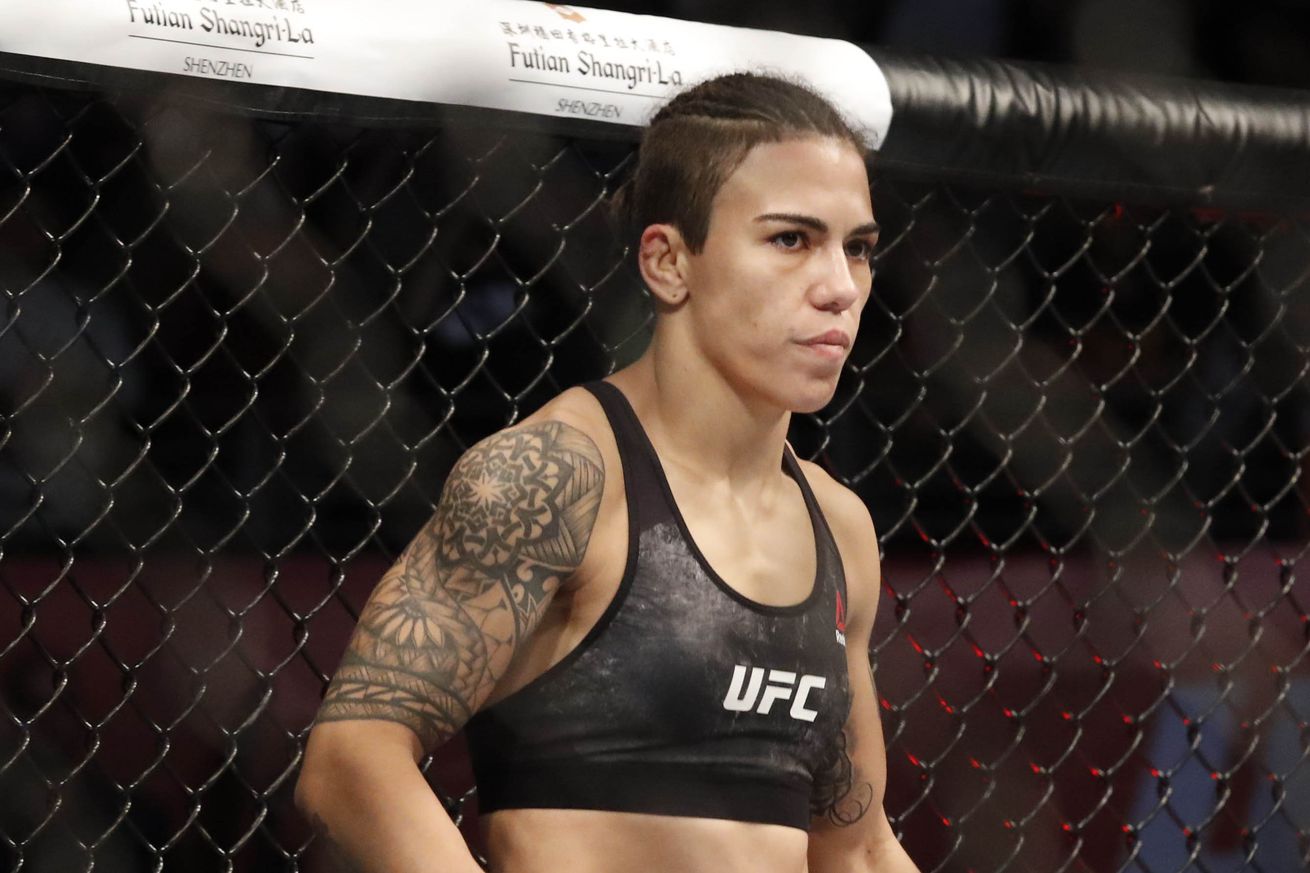 Jessica Andrade coughed up her Ultimate Fighting Championship (UFC) women’s Strawweight championship this past weekend (Sat., Aug. 31, 2019) to Weili Zhang after “Magnum” knocked her out in just 42 seconds in the main event of UFC Fight Night 157 in Shenzhen, China.

A few days removed from the crushing defeat, “Bate Estaca” took to social media to issue a lengthy statement touching on the loss, as well as her combat future as transcribed by MMA Fighting.

I was waiting for a moment of calm to write to you. I want to thank all my real fans and friends for the support. I’m not sad, we did everything right, I was very well trained and focused, it was one of the fights that I was the most prepared for, but unfortunately Zhang’s hand landed first and I went down, and then it came a series of elbows that I went out and tried to recover, but a knee came right after, so it was impossible to continue. I don’t feel embarrassed because that happens to all fighters one day. I happened to Aldo, to Joanna, to Cyborg, to Anderson Silva, to Junior ‘Cigano’.

Anyway, my master Gilliard Parana and my entire team PRVT did a good job. We have nothing to say or fix, or at least think that we could have done better, because we did the best. What would a winning streak be if it wasn’t for the bitter taste of defeat? A champion isn’t made of wins only. It wasn’t my first loss and it certainly won’t be the last. I know how to deal well with all this, this landslide of critics and absurds that the Brazilians are saying. I just want to leave one message for the critics: NO ONE ENTERS THAT OCTAGON TO LOSE but the career I chose has these things. We’ll come back stronger.

It’s not the end of the world, it’s just a restart. I have a solid career with 27 fights, I was the first Brazilian to fight in the UFC Octagon, I’m a veteran in the promotion and in women’s MMA. I became the No. 1 (ranked) in the world now because above me there’s only the champion Weili Zhang, who fought really well! And deserves the title. We continue at the top because there’s our place, and life gores on!

I have incredible people by my side. I can’t wait to get back home to rest, stay with friends and family, because those who truly know me know that these last months weren’t easy. I had eight tireless months of work, but it was all worth it. Today I sleep well because I know my work was well done. I gave happiness to the Brazilian country and I have nothing to be ashamed about.

The loss ends Jessica short-lived run atop the women’s 115-pound mountain after she won the belt by knocking out Rose Namajuans at UFC 237 this past May. It also ended her four-fight win streak and will now force her to start another one in order to get back to a title fight.

Still, not all is lost for Andrade, as she is one of the heaviest hitters in the division, and she can rack up wins in a hurry. As far as who she should face next, click here for her future options.