Another clash between über tough Raquel Pennington and former bantamweight queen Holly Holm is on tap for January. UFC 246 continues to add talent to the card, with a rematch betwee… 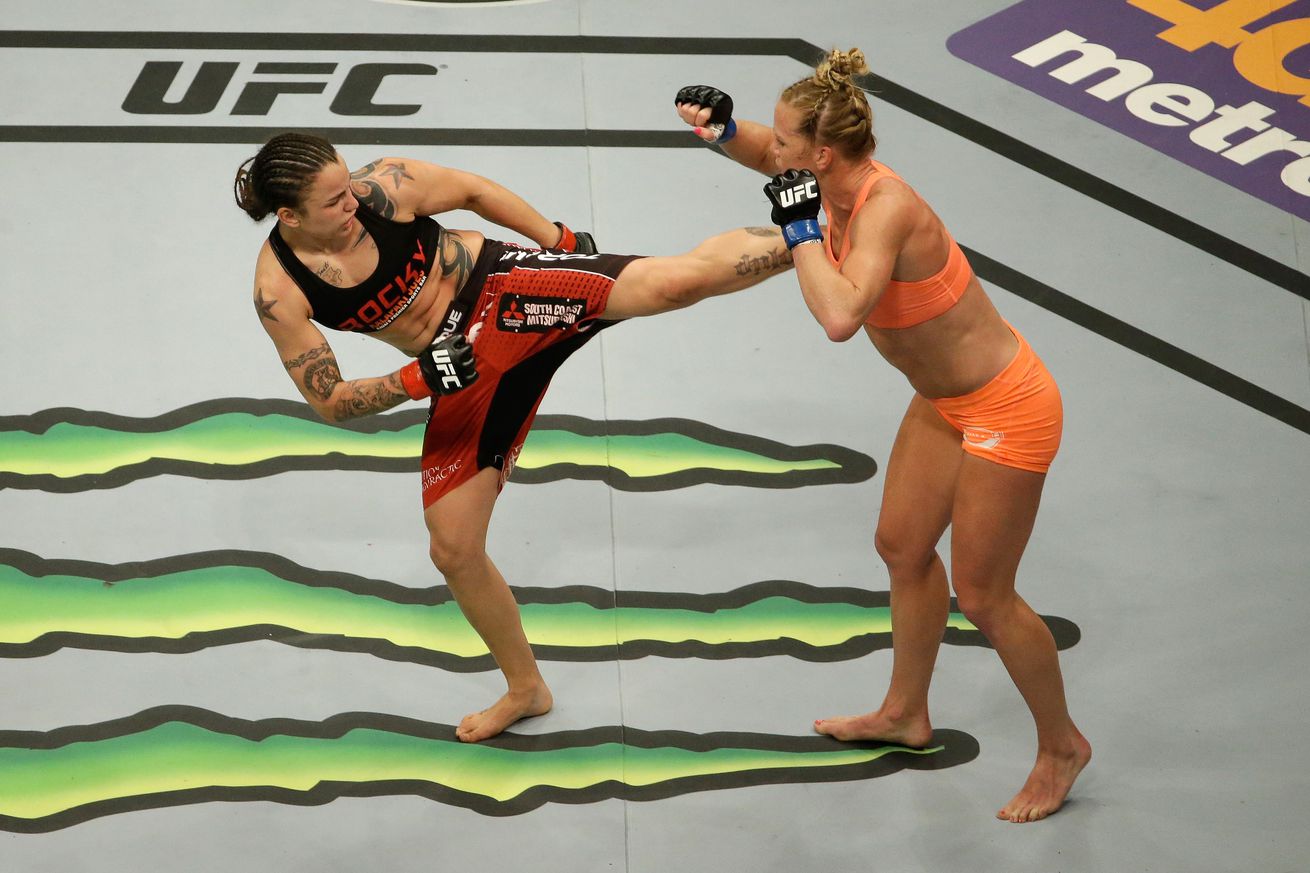 Another clash between über tough Raquel Pennington and former bantamweight queen Holly Holm is on tap for January.

UFC 246 continues to add talent to the card, with a rematch between former bantamweight champion Holly Holm (12-5) and hard-nosed recent title contender Raquel Pennington (10-7). News of the bout was first broken by MMA Junkie.

Their first encounter came in February of 2015, at UFC 184, and resulted in a split decision win for Holm. While not the most thrilling affair, the first fight was a very tough and closely contested bout between the two fighters.

The rematch booking doesn’t come as the biggest surprise. It was previously scheduled for this past October, but was scrapped when Holm suffered a hamstring injury. ‘The Preacher’s Daughter’ has struggled to find consistency since losing her belt to Miesha Tate in 2016. A win over Bethe Correia snapped a three fight losing streak, but was followed by losses to Cris Cyborg and Amanda Nunes—with a win over Megan Anderson sandwiched in-between.

Pennington made a surprising run to title contention in 2016, with wins over Bethe Correia, Elizabeth Phillips, and Miesha Tate. She lost her chance at the belt, via 5th round TKO to champion Amanda Nunes, and followed that up with a loss to current title contender Germaine de Randamie. Currently she’s coming off a split decision win over Irene Aldana, from UFC on ESPN: Dos Anjos vs. Edwards, back in July.

At the moment, Holm is sitting comfortably at #3 in the UFC women’s bantamweight rankings, with Pennington at #6. It’s not unreasonable that a win here for either fighter could lead the victor into a #1 contender’s match.

With the addition of this fight at 135 lbs, the UFC 246 fight card now looks something like this—with no strictly defined bout order yet: