Ultimate Fighting Championship (UFC) Lightweight champion Khabib Nurmagomedov further made his case for the best pound-for-pound fighter in the world after submitting Dustin Poirier at UFC 242 in Abu Dhabi.
Tho… 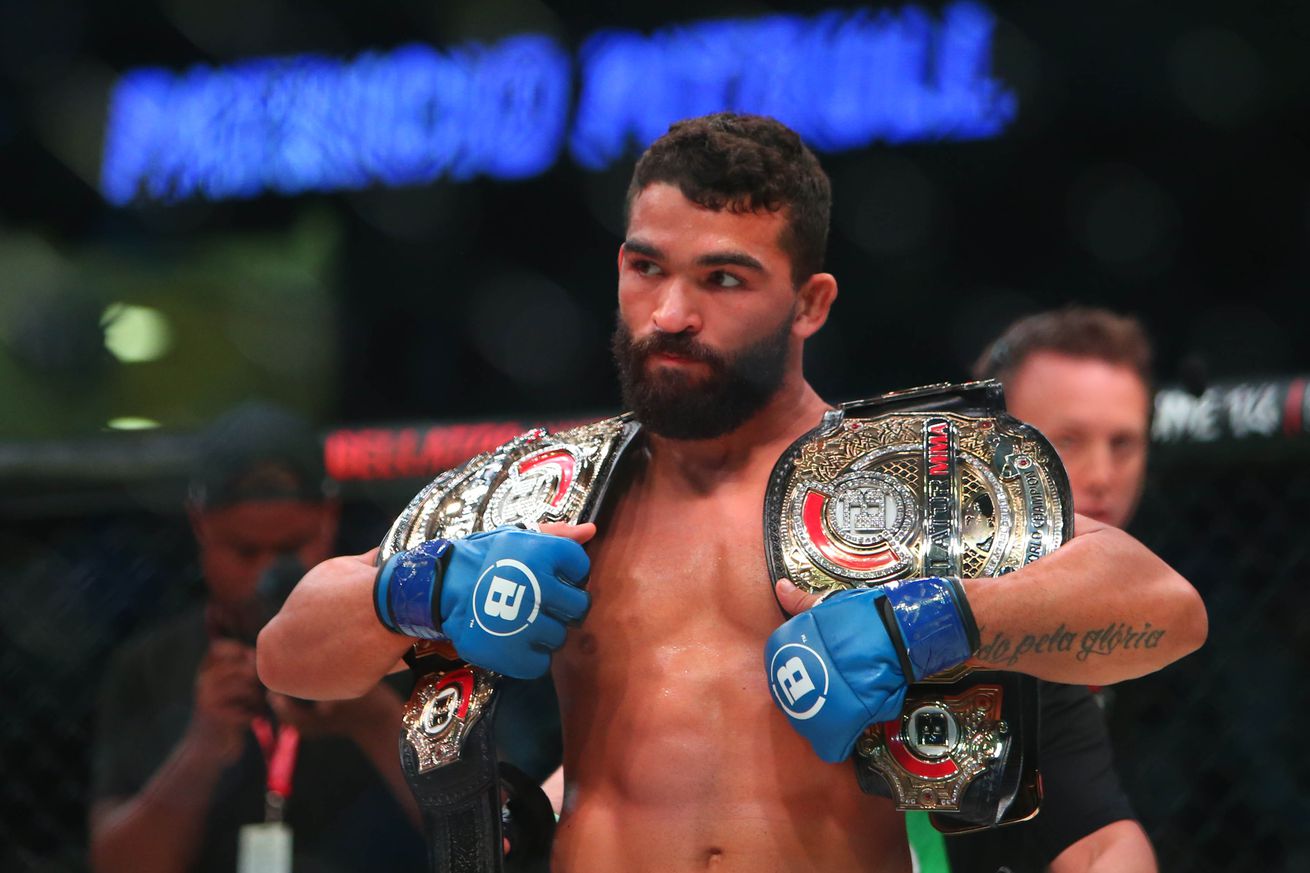 Ultimate Fighting Championship (UFC) Lightweight champion Khabib Nurmagomedov further made his case for the best pound-for-pound fighter in the world after submitting Dustin Poirier at UFC 242 in Abu Dhabi.

Though the rankings voters didn’t think he had done enough to surpass Jon Jones just yet.

But there is a man who says he has the chops to take down the 155-pound king, and he doesn’t fight for UFC. Indeed, Bellator’s very own champ-champ, Patricio Freire, says if given the chance to face Khabib, he’d knock him clean out.

“Khabib is very tough, has phenomenal wrestling and sambo, but he has a huge deficiency on the feet so I can catch him,” Freire told MMA Fighting. “Nothing is impossible. I think he’s very tough, 28-0, but another fighter from Rio Grande do Norte, (Gleison) Tibau, put on a very tough fight with him, and I think there’s a path to beat him. I believe we can do it. If my hand lands — and it would land — it’s over.”

Indeed, Gleison did give Khabib a tough fight way back at UFC 148, but “The Eagle” has improved leaps and bounds over the last seven years since that contest went down. Still, “Pitbull” doesn’t feel Nurmagomedov has done enough to improve his striking during that span.

“He has the same fight pattern since his first fight,” Freire said. “He backs his opponent against the fence, moves and shoots to the leg. No one has ever tried… Maybe someone did try to land a knee, but I don’t remember anyone getting close to landing. Iaquinta was doing well against him, moving well on the feet, but he was closing the distance the wrong way. I think I can close the distance better.”

Furthermore, Patricio — the Featherweight and Lightweight king — wasn’t all that impressed with Dustin’s performance against Khabib, saying he’s clean his clock fairly quickly, as well.

“Someone asked my thoughts about Poirier before the fight and I said I think he’s weak,” Freire said. “I don’t like him. I know he has knocked out some good guys, has done some good fights, but there are guys you look and say, ‘I don’t like him, I’d beat him in the first round.’”

The sad truth is we will likely never know if “Pitbull” can be the one who dethrones Khabib, an cross-promoting with other MMA organizations is something UFC did only once, and will never do again.

Do you think Freire has a chance against the most dominant 155-pounder in the world?