Bringing you the weird and wild from the world of MMA each and every weeknight! Welcome to Midnight Mania!
On a day where Anthony Pettis revealed that he’s suing USADA for cutting… 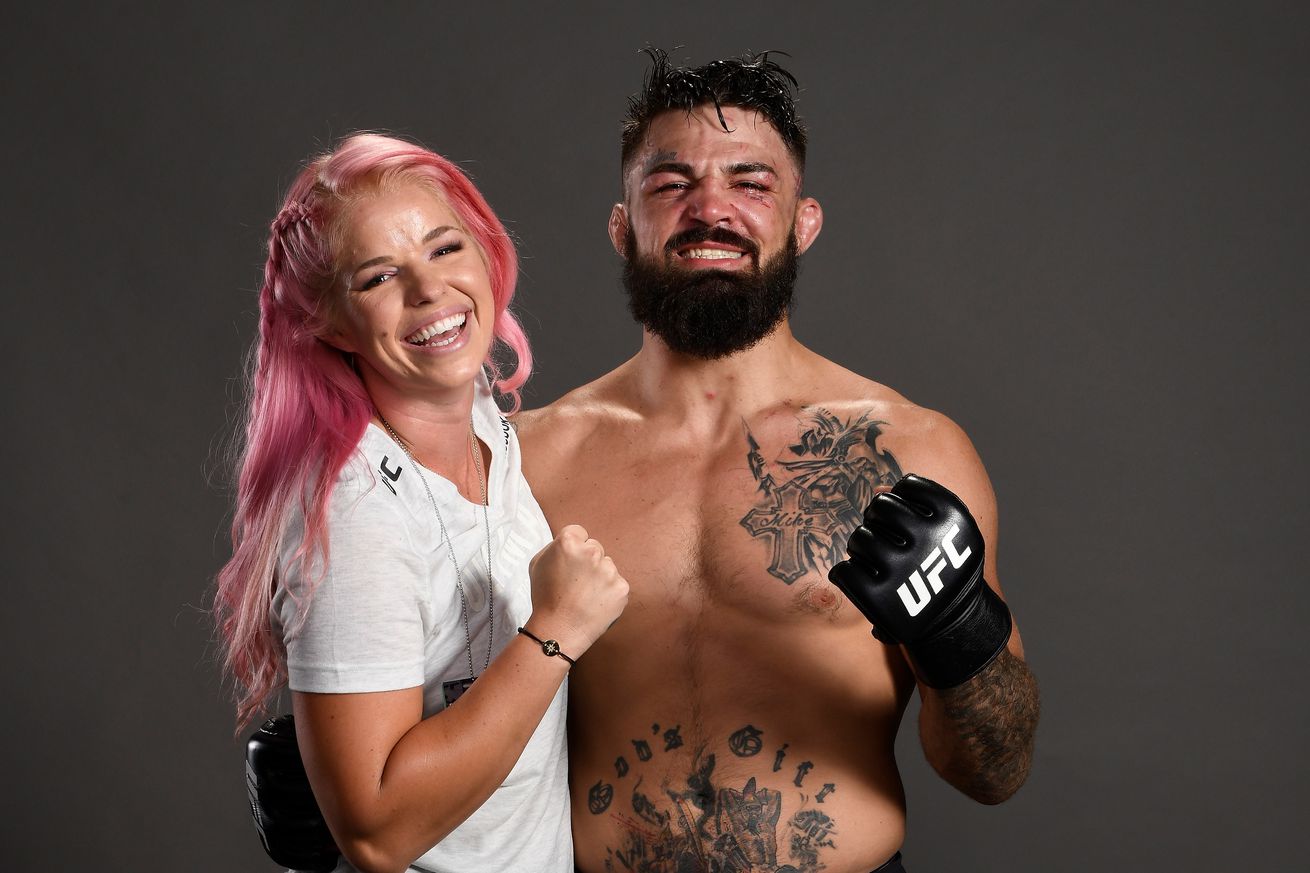 On a day where Anthony Pettis revealed that he’s suing USADA for cutting his finger while post-urine collection, this is still my favorite headline. Mike Perry — the man best known for throwing haymakers and being hilarious (if controversial) — is set to compete at Chael Sonnen’s Submission Underground 11 against Al Iaquinta … another bruiser who is not exactly known for his jiu-jitsu prowess.

The event will take place at the Roseland Theater in Portland, Oregon on February 23, 2020.

***OFFICIAL SUG 11 POSTER*** We’re back at the Roseland Theater in downtown Portland, OR on Sunday, February 23rd and streaming live via @ufcfightpass at 3pm PST! Headlined by the Tag Team Jiu Jitsu, this 10-bout card is full of talent in both the jiu jitsu and MMA worlds from top to bottom! Team Nicky Rod and Craig_Jones will face challengers Team Vinny Magalhaes and Kyle Boehm with 25k on the line! Jake Shields is back and faces one of 10th Planet’s biggest names…Richie ‘Boogeyman’ Martinez in our co-main event. Studding the rest of the main card is Bellator’s Austin Vanderford against SUG 10’s winner Gabriel “Zangief” Checco and Platinum Mike Perry vs Al Iaquinta! Our undercard features black belts in solo gi and no gi matches as well as a bout with the Platinum Princess! Full card to be announced soon! Tickets are on sale now online at www.cascadetickets.com and locally through Bridge City Fight Shop in Tualatin starting at only $10 for this all ages show! SAVE THE DATE and don’t miss it on February 23rd! Submission Underground is proudly sponsored by @cbdmd.usa .

A post shared by Submission Underground (@submissionunderground) on Jan 13, 2020 at 11:36am PST

There are some genuinely great match ups on there for my fellow jiu-jitsu nerds, but is there anything more hilarious than “Platinum” vs. “Raging Al?” Analytically, Perry has landed a few big takedowns and defended himself well enough on the mat, but I cannot remember him attempting a submission. Iaquinta is the more experienced wrestler of the two, but he only seems to go for heel hooks after getting dropped.

It should be a lot of fun, yet it gets even better.

A post shared by Submission Underground (@submissionunderground) on Jan 13, 2020 at 7:59am PST

Mike Perry’s wife, coach and corner-woman, Danielle Nickerson, will also be competing! Nickerson’s level of experience is completely unknown, which helps keep things entertaining. Love him or hate him, this seems like a brilliant publicity move from Sonnen — there’s little chance I would’ve chosen to write a headline about Submission Underground if it was anything less ridiculous!

Joanna Jedrzejczyk is feeling herself.

A birthday tradition in gyms around the globe:

Nothing says birthday fun like your teammates punching you in the gut #birthdaybodyshots pic.twitter.com/f769QHbFSB

Alexander Volkanovski isn’t impressed with the work of his Featherweight peers. I’d like to see Chan Sung Jung get a shot, but the champion has a point: no one’s win streak compares to the one that earned him his title shot.

“Go earn that spot, none of you are the clear number one contender right now, you are all one fight away!” UFC champion Alex Volkanovski has a message to everyone in the featherweight division. pic.twitter.com/3ALQrwOaIw

Dug this gem up out of the archives! @cody_nolove and myself both have a little more ink nowadays.#2008 #edinborouniversity #edinboro #ncaawrestling

Another excellent throwback, and this one reveal that Kelvin Gastelum can actually get lean! It is possible!

Another inside look into the Tony Ferguson training camp:

Calf slicers are both very rare and very painful. If the trapped fighter resists for too long, the kneecap itself can pop out of place!

Day1 first time komusubi (someone who is going up!) #DaiEiSho (R) vs the DaiDai-yok #Hakuho. Let’s not forget D got his 1st #kinboshi and gave Hak his only loss last basho. #hatsubasho2020 pic.twitter.com/UUVmAtgzZC

Day1, Man do these two give us a show! Brand new sekiwake #AsaNoYama (L) in only his 2nd basho in #sanyaku vs M2 #MiTakeUmi who hasn’t been below Sanjaku since.. ’19 Sept! That’s longer than TY or TNS. Dang. #hatsubasho2020 pic.twitter.com/z2dji53qgy

This is a particularly brutal KO, but it does serve as an important lesson: don’t attempt head lock throws unless great at them!

Fortunately he was back to his feet a couple mins later. pic.twitter.com/RYctfh3eOk

Midnight Music: I don’t want to feature this song, but to avoid doing so would be dishonest. It plays constantly here. In malls, in taxis, and live on the street, there is no escape from “Shape of You.”