Welcome to Midnight Mania!
For dedicated fans — particularly those in Europe — Mamed Khalidov was a major “what-if.” For eight years, Khalidov dominated the field in KSW, winning both the Light Heavyweight and Middleweight crowns in that … 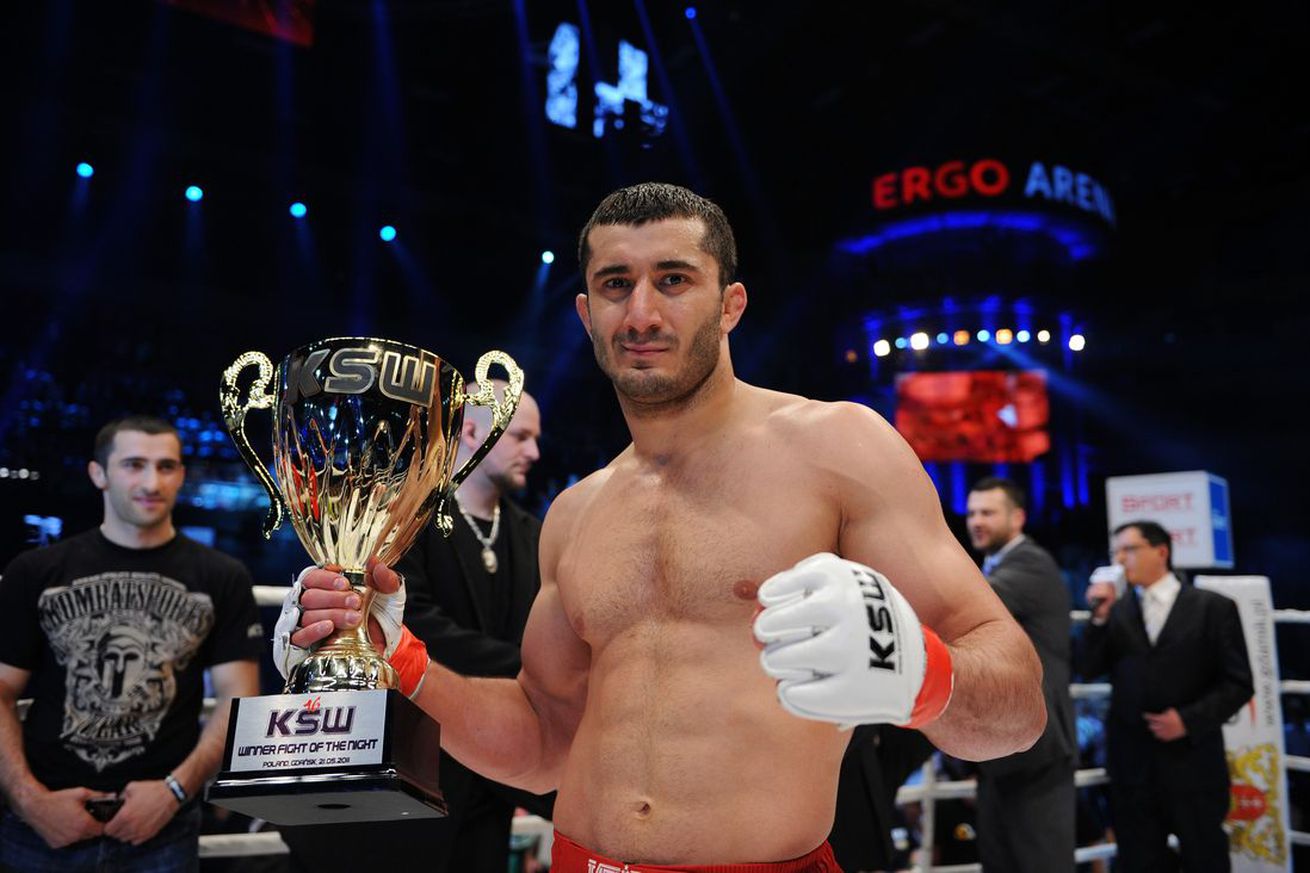 For dedicated fans — particularly those in Europe — Mamed Khalidov was a major “what-if.” For eight years, Khalidov dominated the field in KSW, winning both the Light Heavyweight and Middleweight crowns in that time. Naturally, UFC expressed interest in signing “Cannibal,” but the promotion was unwilling to match the substantial pay that KSW was offering for a fighter relatively unknown to the American audience.

In short, we never quite found out how high Khalidov’s peak was, as the Chechen-born athlete retired at the age of 38 after consecutive losses last year. That was probably supposed to be the end of Khalidov’s story in the public eye, bar some coaching or the occasional interview.

Instead, a report from TVP.info was released today, implicating Khalidov in the illegal importation of luxury cars. According to the report, Khalidov was arrested by the Anti-Terrorist Operations Office, as Khalidov was allegedly responsibly for forging the paperwork regarding the origins of the cars, which included “such vehicles as Porsche Panamera, Range Rover Evoque, BMW M6, BMW 7 Series.”

Polish police have published the footage of Mamed Khalidov’s arrest

While these accusations are still fresh, combat sports and organized crime have a fairly long history. Most notably in the mixed martial arts (MMA) world, Lee Murray was a UFC veteran, foe of Anderson Silva, and — according to legend — knocked Tito Ortiz out cold in a street fight. He also took part in the largest bank robbery in United Kingdom history, for which Murray is currently serving a lengthy prison sentence.

Everyone made fun of the dorky guy in the white glasses, but his recent success is undeniable.

This ain’t cringe, this is truth . @cptamericas has accomplished something unprecedented . 2 Champ Champs in 1 month . Something that will never be duplicated , imitated , or surpassed. #bellator ‘s @patriciopitbull moved up a weight class to fight the greatest lightweight in bellator history , against his greatest rival . Result ? His greatest victory with a 1 Min TKO. 4 weeks later , this past Saturday I moved up in weight and entered the Octagon against the most dangerous Bantamweight in the #ufc . As the underdog once again I overcame early adversity to get another finish over a former World champion. The #MMA world is witnessing history in the making . For That reason if the media can’t agree that @cptamericas is the Coach of the year . How about #coachofthemonth? Together we have achieved the mission impossible. We will no longer be denied . We will no longer be overlooked, we will no longer be silent, we will be heard & we will be Paid in GOLD . #bendtheknee #3kings #p4p #goatcoach

Kowalkiewicz seemed really uninspired in her performances against both Michelle Waterson and Alexa Grasso, and it sounds like the Polish striker may be considering retirement soon.

“Referee Larry Landless, our thoughts go out to him as he lost his aunt this week. That is signified by the purple stripe on his shirt… and will it be Miletich or Lindland who brings black and blue to their opponent first?”

Dana White must be thrilled.

I wanted to use this cool highlight clip from 1984 as an excuse to talk up the most recent addition to the Team Alpha Male coaching staff, the legendary Lee Kemp. Kemp won gold at the World Championships in Freestyle Wrestling three times between 1978-1982, but his Olympic dreams went unfulfilled when America boycotted the 1980 Olympics. At any rate, Coach Kemp is one of the most interesting and motivating people I’ve ever spoken with. At 62 years of age, the man is still on the mat everyday and feels like wrestling a piece of iron.

No-gi baseball chokes are incredibly rare, the type of move that really shouldn’t work given the position.

Here’s an important reminder ahead of next week’s main event that 1) “The Korean Zombie” can flurry like few others and 2) the man has been fighting professional for more than 11 years!

A hand trap and pivot proved the perfect tools for securing the angle to land this devastating high kick.

I play the same game with my (slightly) smaller cats using a simple piece of rainbow colored fabric.

Doesn’t matter the age. Can’t clap your hands and then get your ankles broken like that. pic.twitter.com/nhYuiyGnSw

Music from the making of Midnight Mania: continuing through the ‘50s in my must-listen-to-albums book, the records tend to shift between being more influential/”important” vs. simply great listens. This one sits comfortably in both categories.