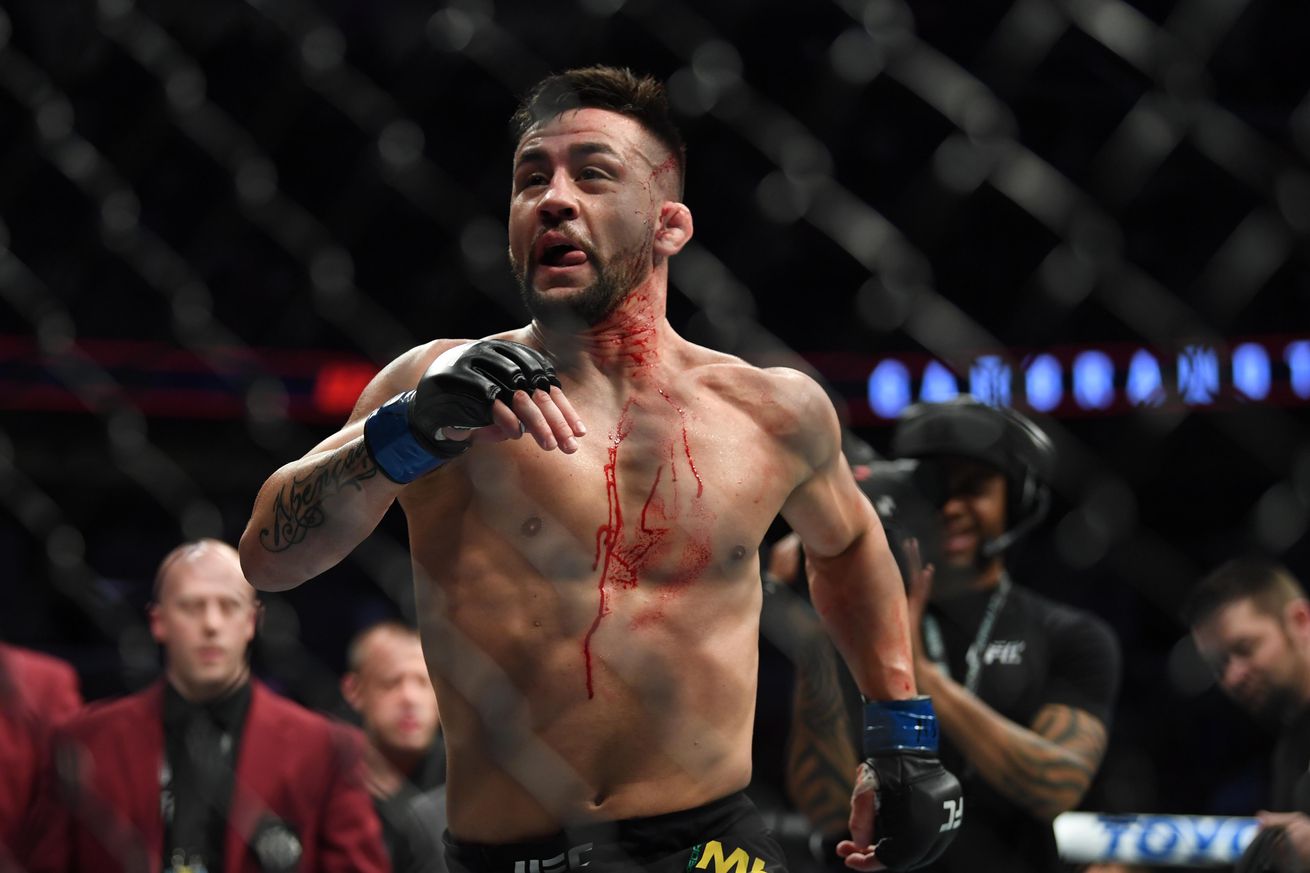 UFC bantamweight contender Pedro Munhoz was not too pleased to find out what his next opponent has been saying about him on the internet.

Expected to take on Aljamain Sterling at UFC 238, Munhoz expressed his anger in an interview with Combate after reading a tweet posted by the ‘Funkmaster’ in April, in which Aljo asked the UFC to “properly” test Pedro for their fight.

I just hope you guys test Pedro properly for this fight. I completely forgot his suspension back in 2015 for his testosterone metabolites.
Dana White said he didnt know you guys weren’t testing for EPO. Well I want that done too. No shortcuts to victory!@usantidoping @USADA_UFC

Sterling’s post refers to Munhoz’s October 2014 submission win over Jerrod Sanders, that was overturned to a No Contest after he tested positive for exogenous origin of testosterone. In Munhoz’s opinion, however, Aljamain is just already preparing an excuse for his loss when the pair meets in June.

“He’s a jerk, a p-ssy, he has nothing to do with that,” Munhoz said. “He’s only saying that because he already thinks he will lose, then he’ll say he lost because of I don’t even know what. That’s a p-ssy’s excuse. I don’t mean to intimidate. I just think he’s an asshole. It’s not a form of intimidation, I was never one to intimidate anybody. I step in the Octagon and I go at it. I made some comments that are not true, they just prove he is a p-ssy, a jerk and is about to have his ass slapped.”

In order to clear up the problem with the positive test, Munhoz explained he was tested over 20 times since that fight and has yet to get another controversial result. Furthermore, the Brazilian claimed that they couldn’t find any traces of a substance even back in 2014.

“That was way before USADA,” he said. “It was something we fought over in courthouses for over eight months, spending a lot of money with lawyers. In fact, they didn’t even gave me a financial fine, because we had the entire process ever since the point then they collected my urine to when it got to the lab and was tested, that was five years ago.

“They never found any substances, my testosterone levels were just a little higher than the ones from my previous fight, under a different Commission,” Munhoz continued. “We spoke to a doctor, we tried to get a reason for this. He told me testosterone oscillates during the day, it’s one level in the morning and another in the night. That could have been what happened. So, after spending all that money, we just decided to close the case and take the suspension. It was only three more months until I was free to fight again. Since they were so disorganized, they let me go from having to pay any fines. After Usada came in to play, I have been tested over 20 times.”

In his last outing, Pedro Munhoz (18-3-1 NC) scored a knockout win over former champion Cody Garbrandt, which brought his current win streak to three. His other victories along the way came over Bryan Caraway and Brett Johns. Pedro’s last loss came in March 2018, when he dropped a split decision to John Dodson.

Munhoz vs. Sterling is one of the marquee fights at UFC 238 on June 8th, a pay-per-view that will be headlined by a bantamweight title fight between the champion, Henry Cejudo, and challenger Marlon Moraes.