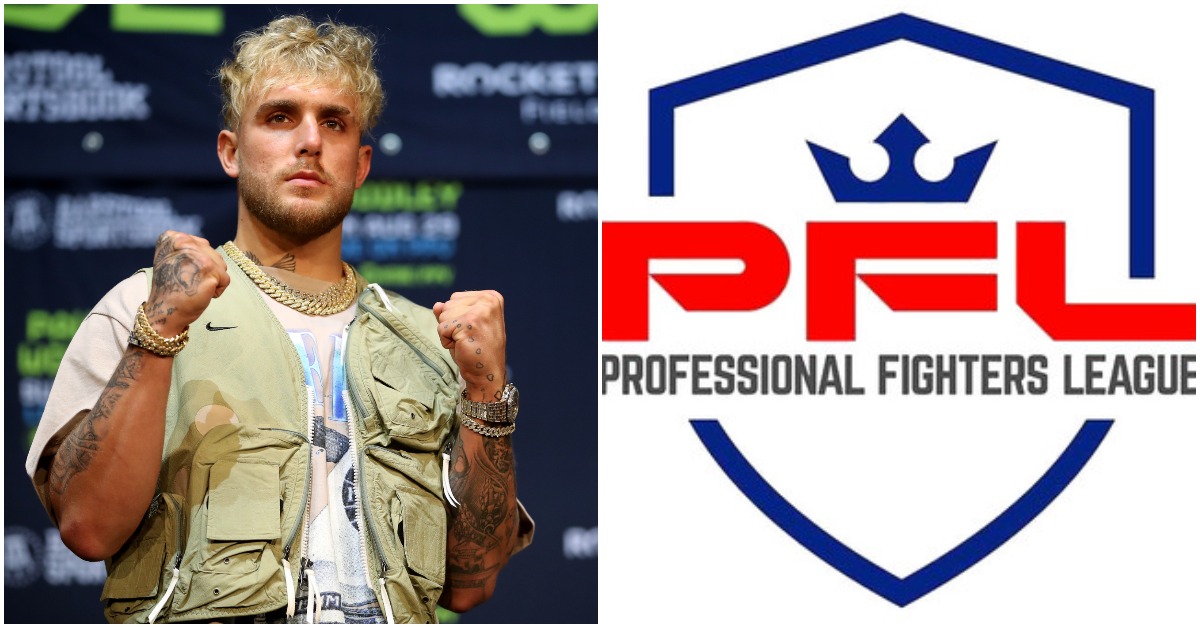 Jake Paul has expressed his interest in stepping into the world of MMA in the future following on from his successful start in boxing, and it appears the PFL is open to offering him a home within the sport. Reports suggested that Paul had begun initial talks with the PFL about switching over to make […]

Jake Paul has expressed his interest in stepping into the world of MMA in the future following on from his successful start in boxing, and it appears the PFL is open to offering him a home within the sport.

Reports suggested that Paul had begun initial talks with the PFL about switching over to make his debut, these comments were later confirmed by PFL CEO Peter Murray who had admitted talks had taken place between the pair.

“Hey, listen, you know, if any major athlete that is considering and wants to get into MMA, of course, the PFL is in the conversation.”

“What the PFL is about is offering fighters opportunities and fans access to great events. Jake has certainly got a large global following. He’s got a strong point of view. He’s a real athlete, and he’s established himself in boxing. And, you know, if he’s looking at MMA as that next opportunity in parallel, perhaps with boxing, of course, we’re going to have a conversation.”

It appears Jake Paul is serious about this move also after ‘The Problem Child’ uploaded a video to his social media practicing throwing leg kicks, in what appears to be his attempt to learn the correct techniques before making the switch.

Despite the controversy he may cause, Jake Paul had a successful year competing within boxing. He went 3-0 in 2021 which included victories over two former UFC competitors in Tyron Woodley and Ben Askren. Paul would viciously KO Askren in April before beating Woodley via decision the first time around and then going on to knockout the former UFC welterweight champion in their December rematch.

Paul’s antics away from the ring may not always be the best, however, Murray has made it clear of his intentions at the PFL and what they are aiming to do.

“It doesn’t mean the PFL supports his detailed manifesto, It’s not about that. What we’re about is providing opportunities for fighters and great events for fans. Simple.” (Transcribed by MMAJunkie.com)

Do you think Jake Paul will compete within MMA?

The Professional Fighters League (PFL) will be branching out beyond North America in 2022, with plans to hold events in Africa and Europe.

The PFL is one of the fastest-growing MMA promotions in the world. Ever since adopting its season-themed appr…

The Professional Fighters League (PFL) will be branching out beyond North America in 2022, with plans to hold events in Africa and Europe.

The PFL is one of the fastest-growing MMA promotions in the world. Ever since adopting its season-themed approach to the sport, the PFL has begun airing on ESPN and has become the home to stars of yesterday and tomorrow, with names like Rory MacDonald, Anthony Pettis, Kayla Harrison, and Claressa Shields competing in the promotion. With the $1 million prize offered to the winner of each division’s tournament, the PFL is expected to continue attracting big names for several years to come.

As the promotion continues to grow, one of its New Year’s resolutions is to continue its expansion onto new soil. This includes Africa, a continent that has given birth to UFC champions Kamaru Usman, Israel Adesanya, and Francis Ngannou. Yet, according to PFL CEO Peter Murray, the PFL will be putting on events in Africa before the UFC does.

“We’ll be making announcements in the first quarter of 2022,” Murray said. “What I can tell you is we’re committed to Africa as a priority market, to develop and grow the sport – at the pro level, at the grassroots level,” Murray told The Independent.

“We’re committed to expanding PFL distribution throughout the continent in 2022, and we’re also committed to staging events in Africa in 2022. So, the plans are firm, it’s just a matter of finalising partnerships and rolling out those details. But come first quarter, we’ll be in a better position to share some context on that.”

Murray also plans on making a splash in the European market next year as well, with the continent figuring largely into the promotion’s 2022 plans.

“With respect to Europe, and in particular the UK, we’re excited about staging events,” Murray said. “We’ll have a new premium distribution partner in the UK in 2022 – critically important for the PFL – so we expect to tick the box on both distribution and live events in the UK next year.”

The PFL is currently being distributed in 160 countries. In addition to these expansion plans, the PFL has also recently announced a “Challenger Series” that will serve as a scouting mechanism for new talent, similar to Dana White’s Contender Series. With all these changes coming down the pike, 2022 figures to be a very ambitious year for the North American promotion.

Continue Reading PFL Commits To Holding Events In Africa And Europe In 2022 at MMA News.

The PFL has announced a Dana White’s Contender Series-like show that will begin in 2022 and give MMA prospects an opportunity at a contract.

The PFL Challenger Series will debut on Friday, Feb. 18, 2022, and will stream on Friday nights exclusively…

The PFL has announced a Dana White’s Contender Series-like show that will begin in 2022 and give MMA prospects an opportunity at a contract.

The PFL Challenger Series will debut on Friday, Feb. 18, 2022, and will stream on Friday nights exclusively on FuboTV. Prospects will have the chance to duke it out and impress a guest panel that will change from week to week and will feature celebrities such as NFL stars Ray Lewis and Todd Gurley, and boxing legends such as Mike Tyson.

The celebrity guest panel will not decide the official outcomes of the fights themselves but will play a significant role in determining which fighters will earn PFL contracts. Fans will also have the opportunity to voice their opinions during the broadcasts regarding fight decisions and who should get an opportunity in the league.

Contract winners will be entered in the league’s 2022 tournament for a chance at $1 million.

The PFL Continues To Change The MMA Landscape

“PFL Challenger Series is not your father’s contender series,” PFL Founder and Chairman Donn Davis said in a statement. “The winner of the PFL Challenger Series can become a real-world Rocky story, going from an unknown pro to World Champion holding a $1 million check in the same year.”

The PFL has added multiple new elements to how the sport of MMA is viewed, and with the level of competition it has added over the past few years. Big names such as Kayla Harrison, former UFC standout Antonio Carlos Jr. and others have made their mark on the league.

The new Challenger Series will add another angle to the league’s future and send the message that the PFL is here to stay for many years to come. It’ll be interesting to see the level of talent they’ll add through this program.

What are your thoughts on the PFL Challenger Series?

Fabricio Werdum is unsure of his future in mixed martial arts.

After eight years with the promotion, the UFC and Farbicio Werdum parted ways in 2020.  “Vai Cavalo” chose not to re-sign with the company and instead opted to fight for the …

Fabricio Werdum is unsure of his future in mixed martial arts.

Werdum partook in one bout under the PFL banner. The fight was originally ruled a TKO loss for the former champion, and was eventually overturned after the State Athletic commission ruled that Werdum’s opponent, Renan Ferriea, tapped while in a triangle choke. The tap prompted Werdum to release the hold, which allowed his opponent to rain down blows.

A Life Outside of Fighting

At 44-years-old, Werdum needs to make sure it’s worth the risk to his health to continue fighting in a cage. At this point in his career, he has too many ventures outside of being punched in the face for a living.

“So I have the meat business, I also have a clothing brand – Werdum Sports – I have the YouTube channel, and I’m an ambassador for PFL here in Brazil,” Werdum said. “So I have a lot of things going on. It needs to be worth it for me to stop everything and go fight again because I would need to go back to the U.S. because my team is in Los Angeles in Kings MMA.

“I can train here and start the training camp, but I would need to leave my family and go back to the U.S. to do the actual camp. I don’t want to think about the money only, I need to have all my focus on winning. So I don’t know if it’ll be worth it now that I’m 44 years old. That needs to be decided. I need to speak to PFL and see if we come to an agreement, so I can fight again.”

With nearly twenty years in the game, one would have to assume that Werdum is nearing the end of his illustrious career. Before his run in the UFC, Werdum was as star in Japan under the PRIDE banner. He later went on to become the first man to beat Fedor Emelienko in over a decade when they clashed in Strikeforce in 2010. 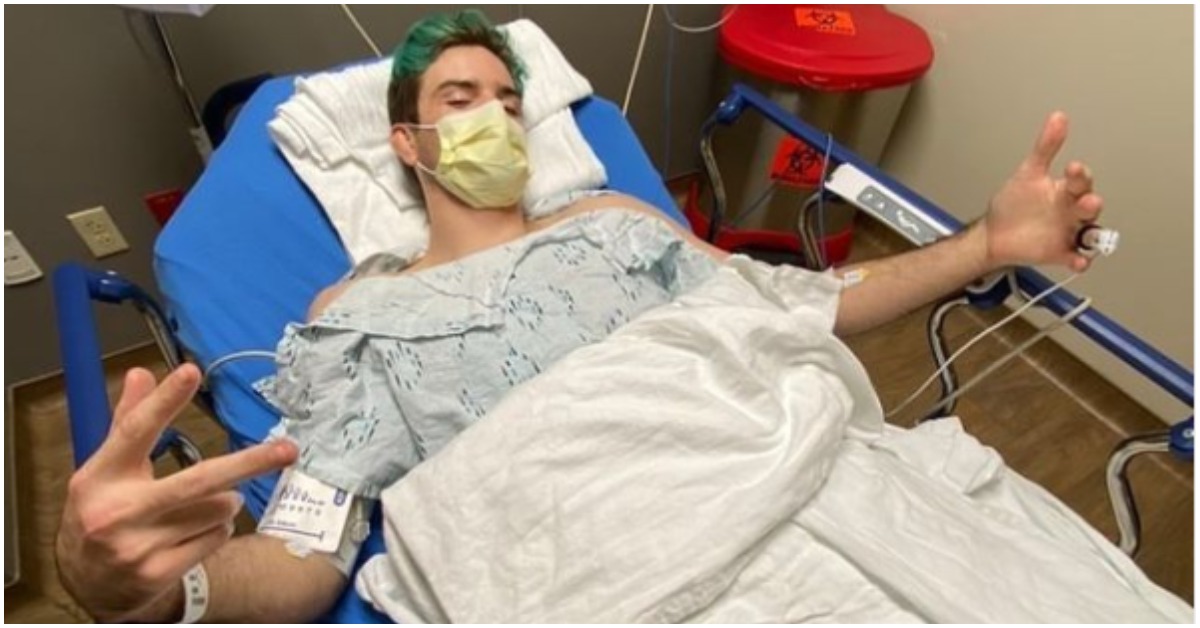 Christian Lohsen suffered an injury setback last night following a misplaced knee during a training session. Lohsen took to Instagram to share this with his fans and provide an update following his successful surgery. This is what he had to say: “So last night was rough… in a training accident I got my left testicle […]

Lohsen took to Instagram to share this with his fans and provide an update following his successful surgery. This is what he had to say:

“So last night was rough… in a training accident I got my left testicle ruptured by a knee which led to it getting surgically removed… thank you to everyone last night that helped me get to the hospital. I’m fine home resting, surgery went well. Doc said I won’t lose testosterone or ability to have kids from this. If I lose the other one however it’s a different story so from now on if you hit me in my last testicle we aren’t friends… lol”

Despite what must have been an awful experience Lohsen remained in good spirits about the whole ordeal, going onto say:

“If I lose the other one however it’s a different story so from now on if you hit me in my last testicle, we aren’t friends…lol.”

The US-born fighter did not say when he would be back in training, however, given a healthy recovery you can expect to see Hollywood want to get back in there very soon. His last outing saw him pick up a unanimous decision win over Jonas Flok in his first bout in the PFL 2021 Playoffs back in August.

Lohsen started his professional MMA career back in 2017, competing within the Real Fighting Championship. After picking up a series of wins in more regional promotions Lohsen gained an opportunity to compete on the Contender Series back in 2019. Unfortunately for him it wasn’t too be his night, as he lost to JJ Okanovich via unanimous decision. He would then go on to pick up a victory over Dennis Hughes fighting at iKon Fighting Federation 1 before making the switch over to the PFL.

Hopefully, Lohsen can recover swiftly and make his return to the octagon.

When he does who would you like to see him fight next?