“The Action Man” had a bizarre night at PFL 7. PFL 7 wasn’t Chris Curtis’ night.
In the quarterfinals of the PFL welterweight playoffs Friday in Las Vegas, Curtis met 2018 champion Magomed Magomedkerimov in a rematch. Curt… 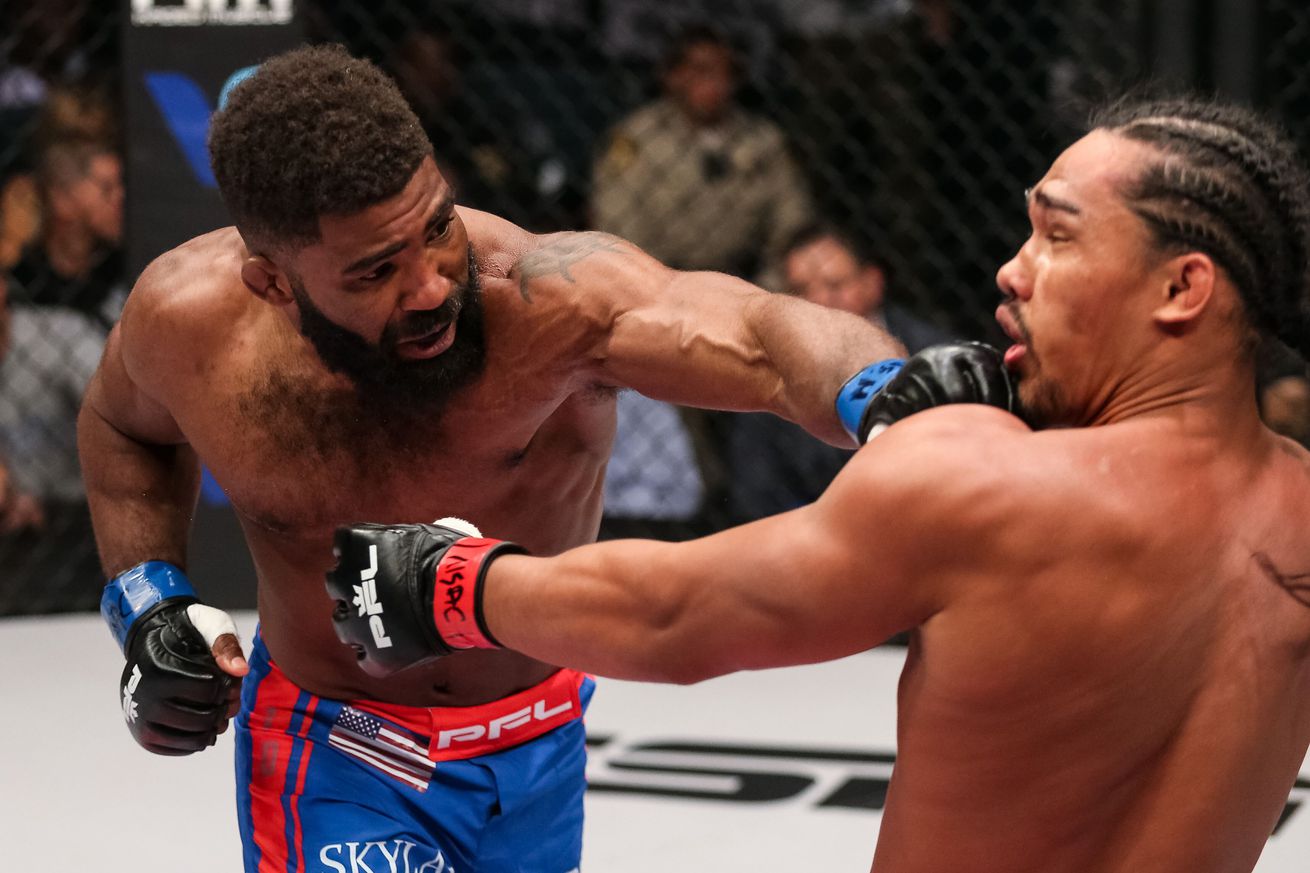 “The Action Man” had a bizarre night at PFL 7.

In the quarterfinals of the PFL welterweight playoffs Friday in Las Vegas, Curtis met 2018 champion Magomed Magomedkerimov in a rematch. Curtis, a Dana White’s Contender Series alum, suffered a lopsided unanimous decision loss, seemingly ending his run in this year’s PFL tournament. Curtis previously lost to Magomedkerimov by decision in a regular-season bout in July.

After his elimination, Curtis took off his gloves and left them in the cage, an action that often signals a fighter’s retirement, according to the broadcast. Curtis took to social media shortly after to officially announce his retirement.

Curtis was sitting down to some chicken and waffles, he said in a later video, when he found out Magomedkerimov had to pull out of the tournament and that he was back in. Magomedkerimov fell ill and threw up after the fight, per ESPN. Just moments later, Curtis stepped back into the cage against Ray Cooper III in the semifinals. Curtis suffered a devastating knockout loss in the second round.

Curtis said in a second video that he doesn’t remember the fight at all, but that he is OK.

“We get wrapped up, we run out, we were warming up in the hallway, we go out there — I don’t really remember any of this,” Curtis said. “I remember touching gloves. Apparently there was a first round that I don’t recall, and then there was part of a second round that I also don’t recall. Now I’m just gonna go get checked out. I feel fine, nothing’s wrong. It sucks, but if I’m going to walk away from the sport, I’d rather walk away like that than the first fight.”

“I really am done this time,” he wrote.

Curtis retired after a fight on Dana White’s Contender Series in 2018, but decided to come back months later. He defeated former UFC fighter Matt Dwyer in a regional fight in Canada early this year before joining the PFL roster. He defeated Andre Fialho, who was also eliminated Friday, in the regular season.

Curtis, who trains at Syndicate MMA in Las Vegas, retires with a 21-8 record. “The Action Man” is a former CES welterweight champion.