As he starts focusing on his eventual UFC debut, Michael Chandler has a preferred opponent in mind. Chandler told TMZ Sports on Monday he’s willing to work his way up the lightweight …

As he starts focusing on his eventual UFC debut, Michael Chandler has a preferred opponent in mind. Chandler told TMZ Sports on Monday he’s willing to work his way up the lightweight … 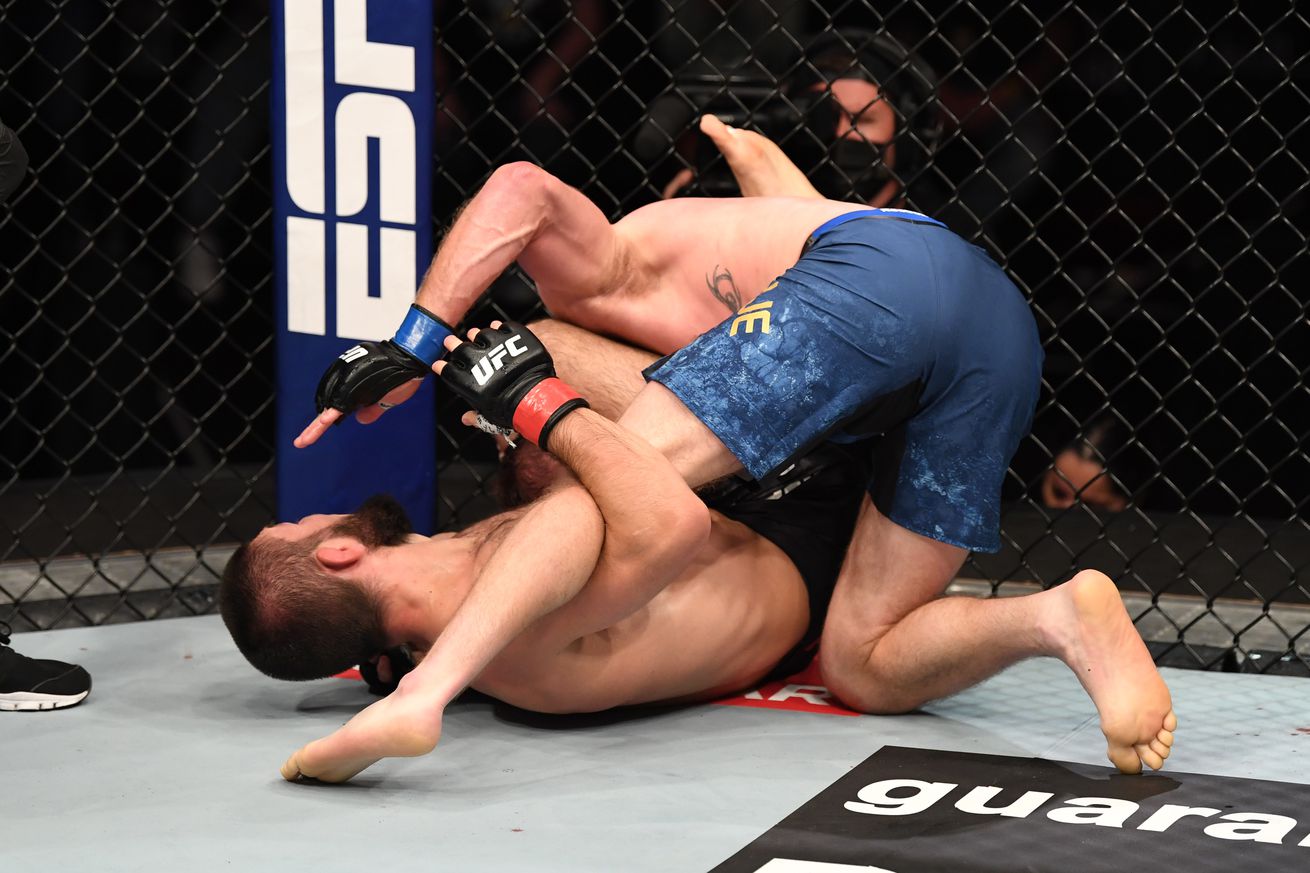 AKA teammate Daniel Cormier reveals an interesting conversation he had with Khabib Nurmagomedov regarding how UFC 254 ended.

Based on recent history, we’ve seen how Khabib Nurmagomedov deals with every opponent inside the cage. Show him respect and he’ll do the same, but slander his family and religion, and you’ll get an “Eagle” mauling.

With UFC 254 opponent Justin Gaethje, there was nothing but mutual respect and admiration towards each other’s skillset. So Khabib chose to utilize his grappling more than his ground-and-pound before putting “The Highlight” to sleep with a triangle choke.

But according to close teammate Daniel Cormier, there’s another reason why the undefeated Dagestani fighter chose to go that route. In a recent conversation ESPN’s Ariel Helwani, “DC” revealed a conversation he had with Khabib regarding UFC 254’s finish.

You need to hear the reason @TeamKhabib switched from the armbar to a triangle against Justin Gaethje at #UFC254 (via @dc_mma) pic.twitter.com/jjCXgm3r3e

“So when he got there, he was gonna do the armbar. But he had heard Justin all week saying he would never tap. And he didn’t want to hurt him in front of his parents. So he went to the triangle and just put him to sleep.

“He goes, ‘I didn’t want to hurt him in front of his parents, so I said I’m gonna go and put him in a triangle, and then if he goes to sleep, you go to sleep, you wake up, you’re fine,’” he added.

Apart from the respectful attitude, Cormier was also amazed at how Khabib was present enough during those moments of combat to make such decisions on the fly.

“To be comfortable enough to think about this in the moment… that’s crazy,” he said. “He didn’t want to break his arm. Because if Justin’s not gonna tap, you have to break it. And he didn’t want to do that in front of his mom and dad.”

Khabib announced his retirement right after the fight, closing his illustrious career with an immaculate 29-0 record. 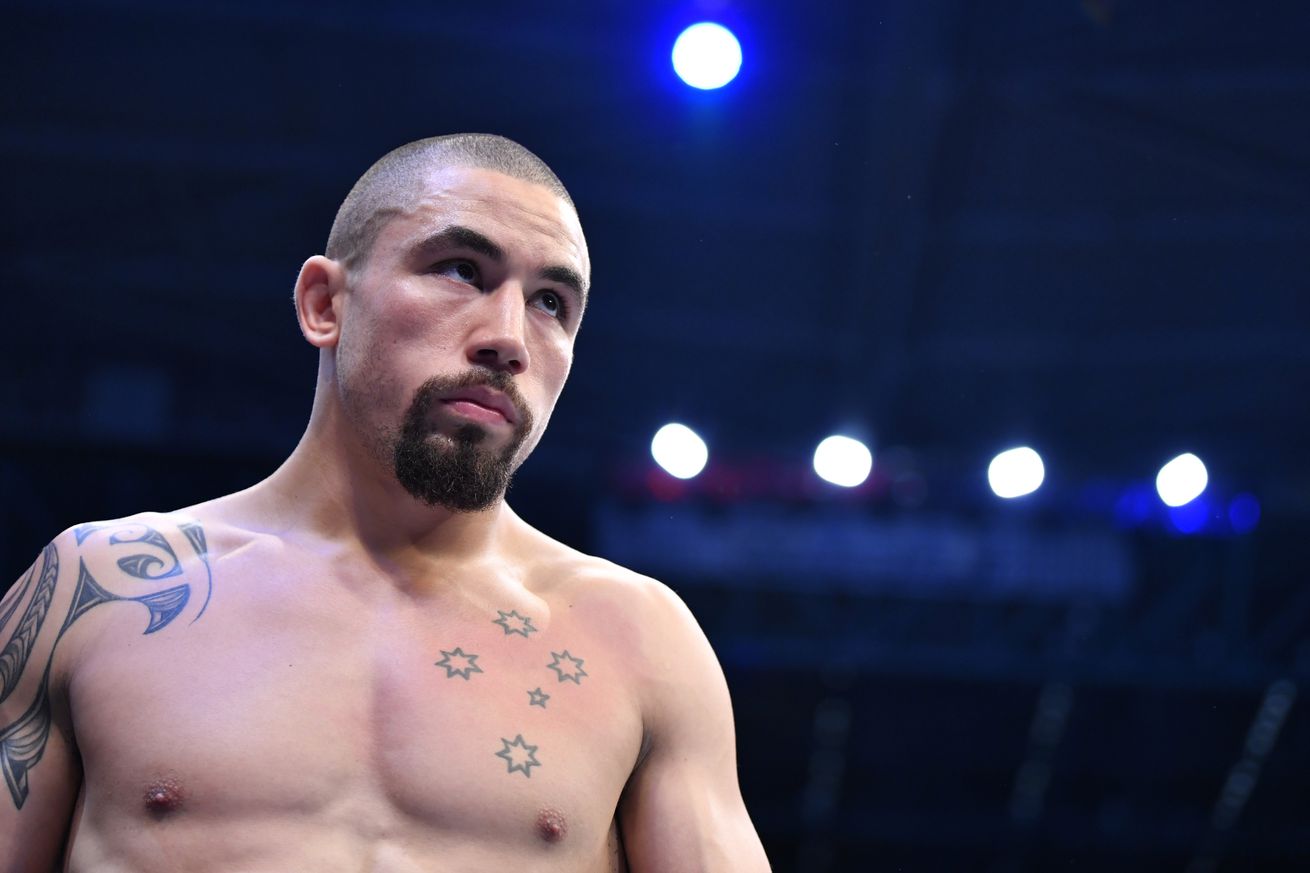 Robert Whittaker is expected to rematch Israel Adesanya following his unanimous decision win over Jared Cannonier at UFC 254, but ‘The Reaper’ isn’t exactly stoked about the matchup.

Whittaker lost his middleweight title to Adesanya at UFC 249 and, although he was knocked out, the New Zealander is adamant that the rematch will play out differently.

“He’s a tough fight, man,” Whittaker said at the UFC 254 post-fight press conference (h/t Abhinav Kini of The Body Lock MMA). “I’m not stoked to fight him. He’s a hard fight, he’s so good. And he only looked better in his last fight [laughing]. And the fact that he beat me once already.

“But I feel like I’ve got a couple of tricks I can roll out. I feel I can play it differently this time. But honestly, I know he’s trying to do everything else and good on him to do that. I’m not thinking about him. He can go up to light heavy or heavyweight. Doesn’t bother me. My plans are Christmas, my baby and hopefully, our timelines line up then.”

The rematch hasn’t been confirmed but Whittaker believes both he and Adesanya are destined to meet again.

“I do want to fight him one day,” he said. “Whether it’s in my career or in the parking lot as two old fellas. I feel like our paths will cross again. As a warrior, it’s something I need to do.

“But I’m not worried about who I fight next. My whole mentality with this game is you line them up, I’ll knock them down — I’m pretty good at that.”

Whittaker bounced back from his KO loss to Adesanya with two straight wins over Darren Till and Jared Cannonier and is currently #1 in the UFC middleweight rankings.

Just in case you were wondering, the exhibition between Mike Tyson and Roy Jones Jr. is still on, and it is set to go down on Nov. 28, 2020. To spice things up, though, the World Boxing Council (WBC) has created a title just for the bout du… 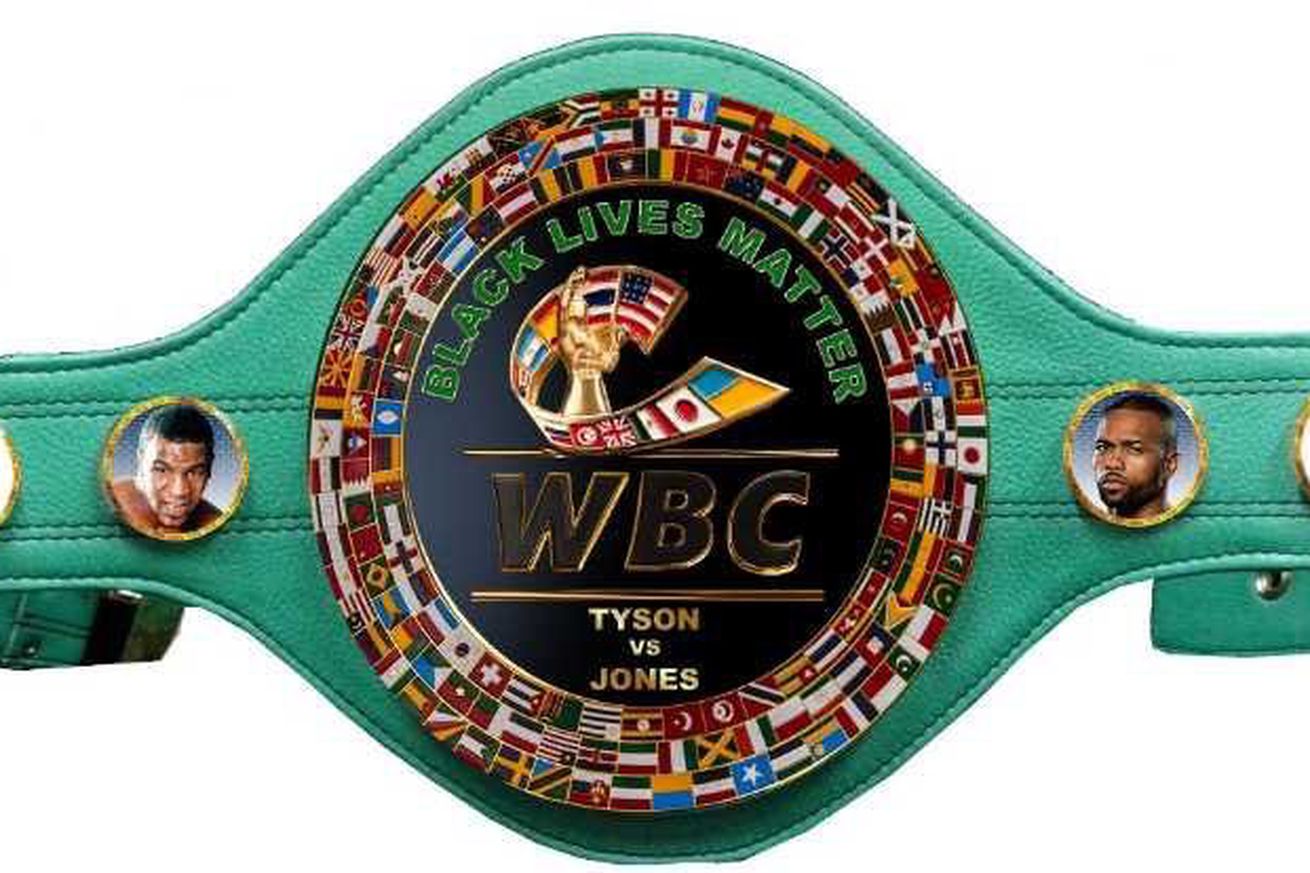 Just in case you were wondering, the exhibition between Mike Tyson and Roy Jones Jr. is still on, and it is set to go down on Nov. 28, 2020. To spice things up, though, the World Boxing Council (WBC) has created a title just for the bout dubbed the “Frontline Battle Belt.”

Because what’s another strap in a sea of belts in the sport of boxing, right Floyd?

The two boxing legends were set to throw down last month but was ultimately delayed in an effort to buy some time for fans to be allowed inside Dignity Health Sports Park in Carson, Calif., though Jones has a few theories of his own as to why the bout didn’t go down.

Tyson (54) hasn’t competed in nearly 15 years and ended his pro career with two straight defeats. He did get himself in fighting shape recently though, and still looks as dangerous as ever. As for Jones (51) he last competed in 2018 and is on a four-fight win streak.

All that being said, they won’t be throwing haymakers at one another per California State Athletic Commission (CSAC) Executive Director Andy Foster, who was quoted as saying they it will just be two legends “moving around the ring” for the fans.

Per a release from WBC, the scoring will be available to the public after each round.

“WBC’s remote scoring system will be used to evaluate Tyson and Jones Jr.’s performance. Three champions will serve as the judges,” read the statement via ESPN. “Each round will be scored and announced to the public. California State Athletic Commission will oversee, regulate, and sanction.”

Michael Chandler would love to fight Justin Gaethje in his UFC debut. Michael Chandler didn’t get the opportunity to shine at UFC 254, but the former three-time Bellator lightweight champion is hoping to m… Michael Chandler would love to fight Justin Gaethje in his UFC debut.

Michael Chandler didn’t get the opportunity to shine at UFC 254, but the former three-time Bellator lightweight champion is hoping to make a splash against Justin Gaethje in his UFC debut.

Chandler, who signed with the UFC in September, was on standby for the UFC 254 main event between Khabib Nurmagomedov and Gaethje but the fight went ahead as planned and Khabib ended up submitting Gaethje with a triangle choke in the second round to retain his lightweight title.

Nurmagomedov announced his retirement in the post-fight interview, and Gaethje is hoping to return to the octagon in 6-8 weeks which, theoretically, could line up perfectly for a fight against Chandler.

Chandler is also open to possible bouts with Tony Ferguson and Conor McGregor but says Gaethje is the perfect matchup for him.

“At this point, with the way everything changed tonight, I think a fight with Justin Gaethje has always excited me more than anybody in the entire division,” Chandler told The Schmo in a recent interview (h/t MMA Fighting). “More than Conor or Khabib, even though the mystique of beating Khabib and taking his 0 is something special, or fighting Conor on the highest grossing card of the year and making the most money, the red panty night as he likes to call it. Those are all wonderful but when it comes to just straight competitor versus competitor, hand to hand combat, mano a mano, small-town blue-collar American wrestler versus small-town American blue-collar wrestler, that’s me and Justin Gaethje stepping into the cage against each other, so that’s exciting to me.”

Chandler isn’t currently ranked at lightweight but is widely considered one of the best 155ers in the world, having won the Bellator lightweight title three times and holding stoppage victories over the likes of Benson Henderson and Eddie Alvarez, both of whom were former UFC champions.