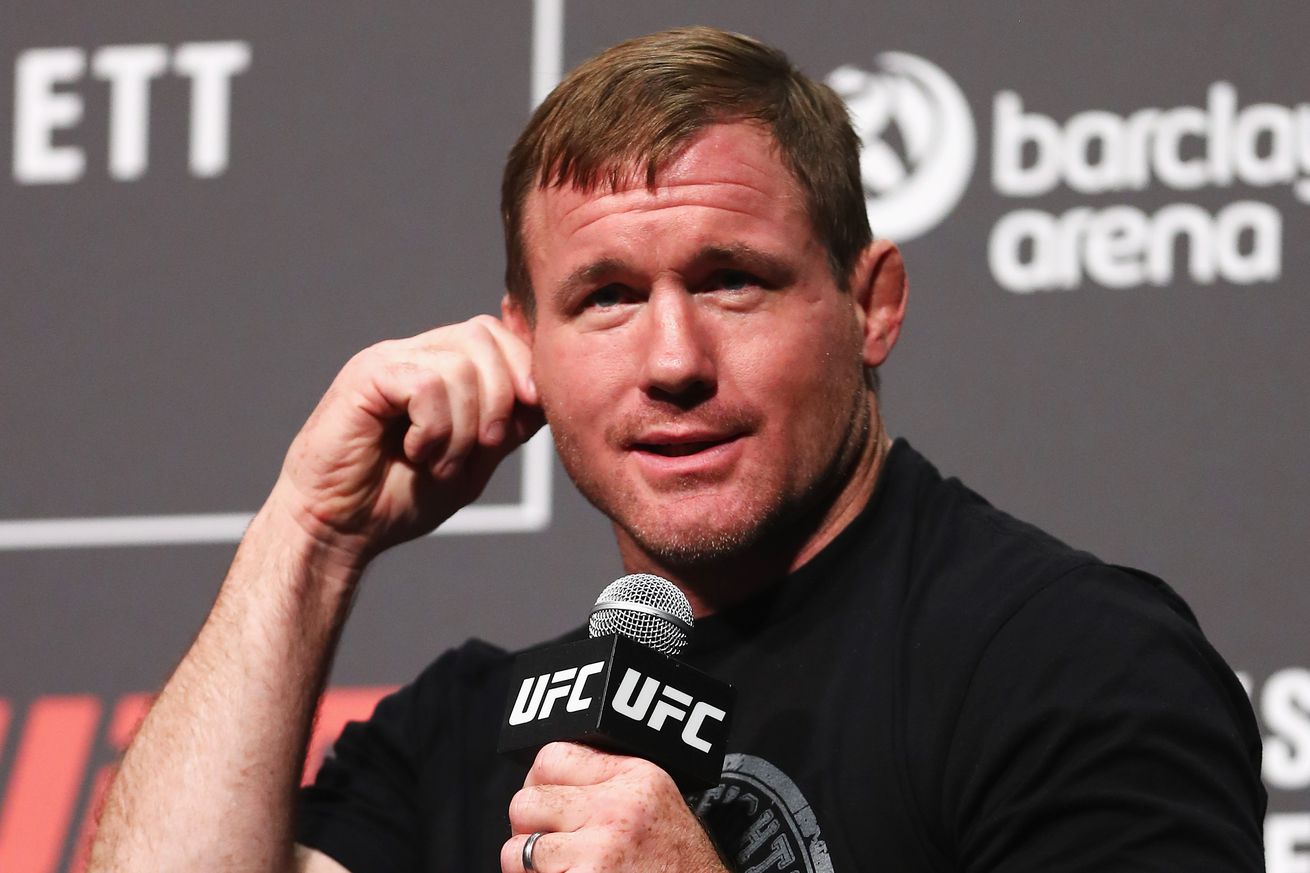 Earlier this year Matt Hughes, 45, went to court to sue his twin brother Mark for ownership of a tractor that had been the subject of a personal dispute between them. That dispute was also the reason Mark took out a restraining order against the UFC Hall of Famer and former UFC welterweight champion.

In Mark’s court filings, Hughes was accused assaulting Mark’s 15-year-old son who was riding the tractor that was jointly owned by the brothers. Hughes allegedly grabbed and shook the teen, telling him it was his tractor.

Mark further alleged that days after this incident he discovered that the tractor had been doused in gasoline and that there were two empty five-gallon buckets in the back of Hughes’ truck.

According to MMA Junkie Hughes has now dropped the lawsuit that sought sole ownership of the tractor and other property. Attorneys for both Hughes brothers confirmed to that outlet that a private settlement had been reached to resolve the lawsuit and protect both parties from any physical contact.

Both Hughes’ brothers agreed an injunction on August 22nd that requires them to stay away from each other or else incur legal action. The agreement also reportedly states that Mark is to stay away from Hughes’ wife and children.

Via DeVore, an attorney for Mark, told MMA Junkie that he is hopeful that he and his brother will reconcile one day. “He’s hoping that down the road him and his brother may be able to have some sort of a relationship at some point and time,” said DeVore,

In addition to being in a legal dispute with his brother earlier this year, Hughes was also the subject of a restraining order from his wife; who accused him of domestic violence. Hughes’ wife claimed the former fighter choked her and smashed her head into a shower wall.

Hughes’ retired from MMA in 2013 after over 50 professional bouts. He was inducted into the UFC Hall of Fame two years prior to that.

In 2017 Hughes suffered brain and spinal cord injuries after a truck he was driving was struck by a train.

Support for survivors of domestic violence can be found from the following organizations:

Rest of the World – HotPeachPages