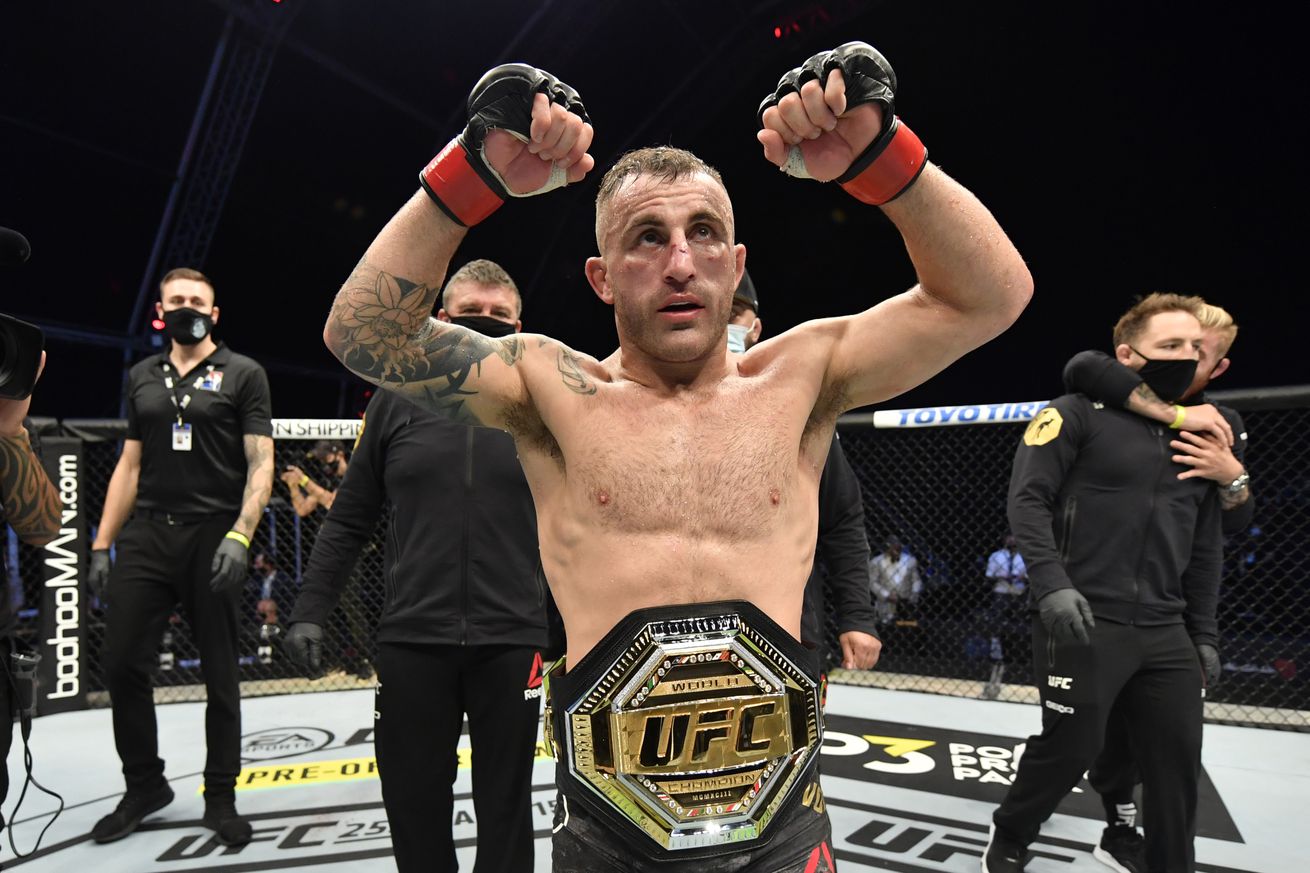 Alex Volkanovski isn’t interested in a fight against the retired Henry Cejudo.

UFC featherweight champion Alex Volkanovski has laughed off a fight against Henry Cejudo, saying that “Triple C” is the one begging Dana White for the fight to happen.

Since retiring from MMA after the defense of his bantamweight title in May, Cejudo (16-2) has said he would return to the sport for a shot against Volkanovski. White said he isn’t even thinking about the fight given Cejudo’s retirement, focusing instead on matching Volkanovski up with the fighters that are actually active.

“It’s funny, I have a laugh about it, but I don’t know how people are taking it, if they really think that I’m not signing some contract that supposedly I’m meant to sign,” Volkanovski told MMA Junkie. “No one has talked to me about this at all, except Cejudo. I just keep seeing him begging, absolutely begging Dana White to give him a shot.”

After winning the 145-pound title against Max Holloway last December, Volkanovski (22-1) defended it against “Blessed” in their rematch at UFC 251 in July by split decision. With Brian Ortega scheduled to fight The Korean Zombie and Zabit Magomedsharipov booked to fight Yair Rodriguez, Volkanovski wants to wait for the clear-cut contender to present itself at featherweight.

“It’s the cringe, what are you going to do? If it was going to ever happen, it had to be before. Now look at the division. We got all these guys that are fighting for the No. 1 contender (spot). For me to take a fight later this year with Cejudo, it just does not make sense.

“Again, I want them No. 1 contenders, but if the UFC just really did push that on me, alright fine. I’ll whoop his ass then I can take on a No. 1 contender. But again, that’s not me. I want to be the type of champion that takes on No. 1 contenders.”