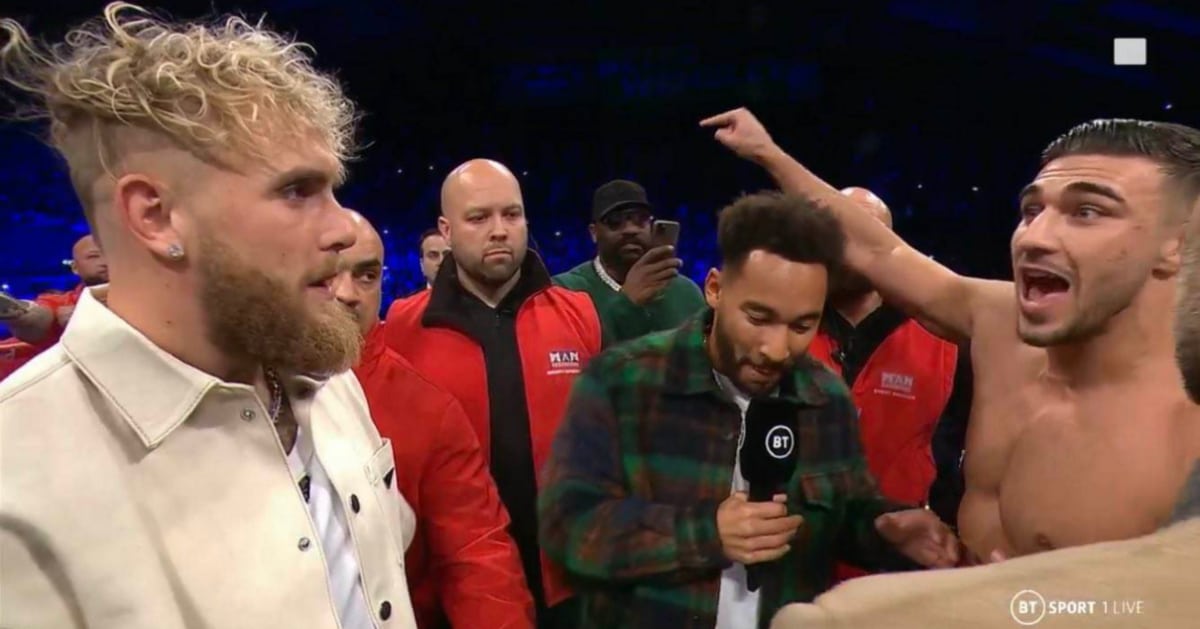 As we’ve all heard by now, Jake Paul vs Tommy Fury is a done deal for an event to go down next month on February 26, 2023, live in Saudi Arabia. This is the third time these two have been booked opposing one another, as they were supposed to fight in 2021 and 2022, with […]

As we’ve all heard by now, Jake Paul vs Tommy Fury is a done deal for an event to go down next month on February 26, 2023, live in Saudi Arabia.

This is the third time these two have been booked opposing one another, as they were supposed to fight in 2021 and 2022, with Fury pulling out of the bout both times. But, now that they’ve signed another bout agreement to fight one another, February 26 has become a highly anticipated night in the sport of boxing.

Paul and Fury had a few words for one another tonight at the Artur Beterbiev vs Anthony Yarde event at the OVO Arena Wembley in London, England.

Fury opened up with: “I guarantee, I swear to god if it’s the last thing I do in boxing, you are over in four weeks. So enjoy the last few weeks of the so called boxer yeah. When I hit you on the chin, you’re gonna stay hit, believe me.”

Paul was then asked who has more to lose regarding this fight, and answered with: “Tommy has so much to lose his family is going to disown him when I knock him the fuck out. Plain and simple, that’s it. Sorry Tyson I love you but it’s over for your brother.”

It looks like Fury is ready to fight, which is good, hopefully it means the fight will go through as planned this time.

If it does indeed happen this time around, who walks away the victor, Jake Paul or Tommy Fury?

If you enjoyed this piece, feel free to share it on social media! 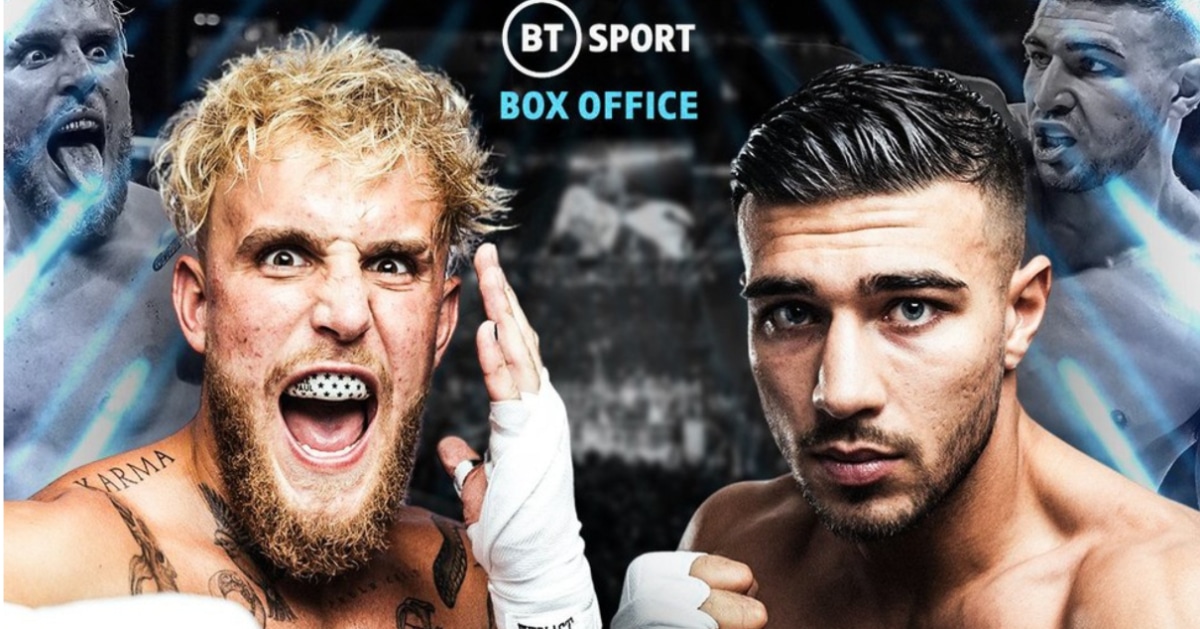 YouTube star turned professional boxer Jake Paul has for the third time signed a bout agreement opposing WBC heavyweight champion Tyson Fury’s little brother, Tommy Fury, with the bout slated to go down from Saudi Arabia on February 26, 2023. These two were expected to meet in both 2021 and 2022, Fury withdrawing from the […]

These two were expected to meet in both 2021 and 2022, Fury withdrawing from the contest both times. However, it’s just been made official once again, and it’s quickly become a highly anticipated night in the sport of boxing.

Paul just recently inked a deal with mixed martial arts promotion PFL as well, and is expected to compete in their new superfight division this year in 2023, but he has to take care of one more name in the boxing ring first.

What’s more, the price of this pay-per-view event is set at just $49.99, which is a far cry from other boxing PPV’s, and even the UFC’s PPV’s, with the price nearly cut in half.

There have been a number of Twitter account holders that expressed their interest in buying it, considering what a steal it is:

Jake Paul has made it to 6-0 with four knockouts thus far into his professional boxing career, 7-0 with five knockouts if you count his lone amateur win, while Fury has gone 8-0 thus far as a pro, securing four knockouts in that time.

Will you be buying Jake Paul vs Tommy Fury?

If you enjoyed this piece, feel free to share it on social media! 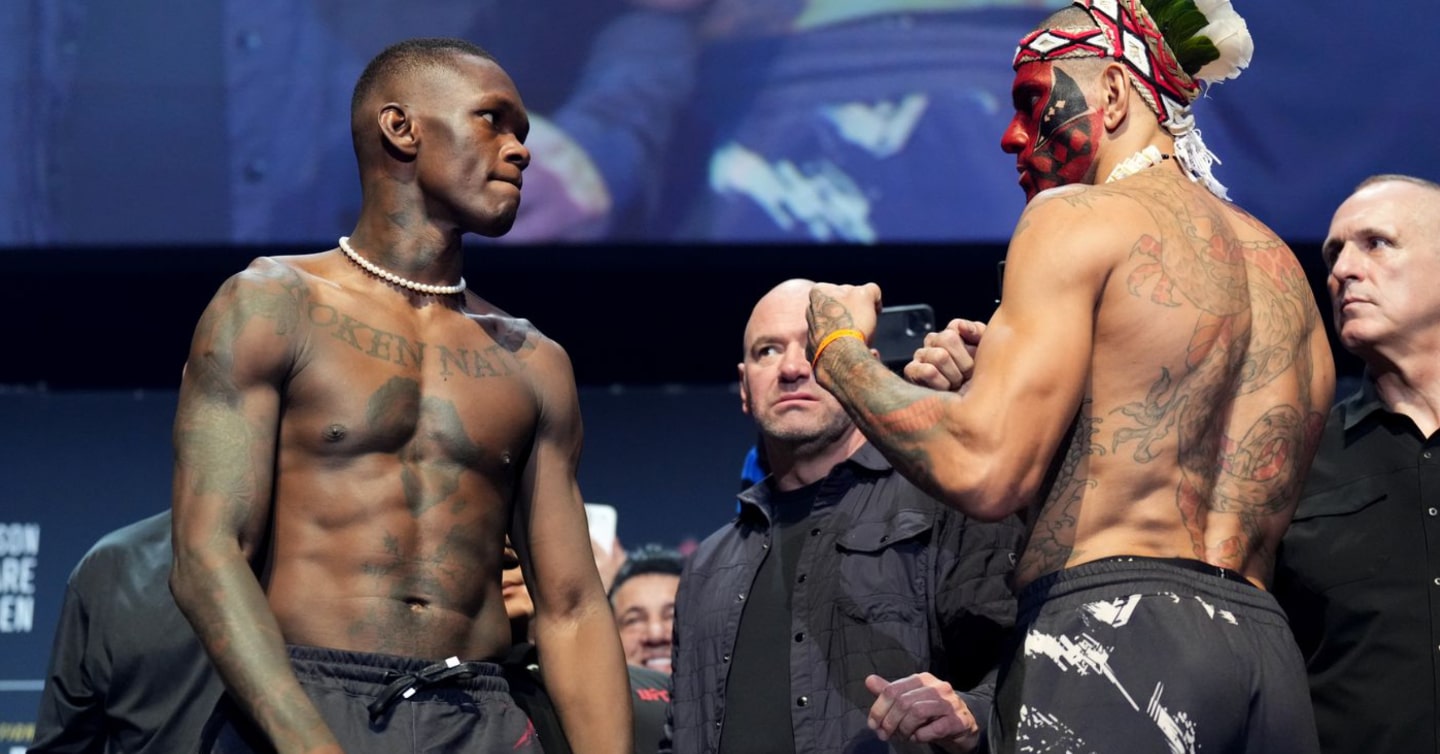 Following the announcement of his impending middleweight championship rematch with fierce-rival, Alex Pereira at UFC 287, former division kingpin, Israel Adesanya maintains that he will settle the score with the Brazilian – whom now holds three career wins over him. Adesanya, a former undisputed middleweight champion and current #1 ranked division challenger, is set to […]

Following the announcement of his impending middleweight championship rematch with fierce-rival, Alex Pereira at UFC 287, former division kingpin, Israel Adesanya maintains that he will settle the score with the Brazilian – whom now holds three career wins over him.

First meeting in professional mixed martial arts back in November of last year – reigniting their prior kickboxing rivalry, Israel Adesanya suffered a fifth round standing TKO loss to Pereira at UFC 281 in Madison Square Garden, marking the end of his title reign over the division.

Slated to headline UFC 287 in April against Pereira, Adesanya shared a promotional video on his official Instagram account ahead of the bout with the former duel-weight GLORY Kickboxing kingpin, stylized in the theme of horror movie franchise, Saw.

“In this game, we don’t keep score, we settle them,” Israel Adesanya posted on Instagram accompanied by a promotional video.

Along with a middleweight title rematch at UFC 287, the pay-per-view event is also set to host a high-stakes welterweight pairing between former division title challengers, Gilbert Burns, and the returning, Jorge Masvidal over the course of three rounds.

It sounds like we may be one step closer to the much-anticipated boxing match between Ngannou and Fury.  Francis Ngannou is pursuing one of the …


It sounds like we may be one step closer to the much-anticipated boxing match between Ngannou and Fury.

Francis Ngannou is pursuing one of the most lucrative fights of his post-UFC career.

The former UFC heavyweight champion was released from his contract with the Endeavor-owned company after negotiations between him and the promotion fell through. The UFC waived its right to match any offers Ngannou receives—making him free and clear to start negotiating for other opportunities.

Though offers have come in for Ngannou, for the moment it seems he’s shifted his focus from mixed martial arts to boxing. A move that could well lead to the much-anticipated fight between Cameroonian-born Frenchman and heavyweight star Tyson Fury. According to the ‘Predator,’ he and his team have set the wheels in motion for that very fight.

“I’ve talked to somebody, some of his advisors,” said Ngannou in a recent interview with TMZ Sports. “They’re working on a fight with [Oleksandr] Usyk in April. So, until then, he will not be free. But I’m just trying to see if we can have an agreement before that fight.

“That will also give me some time to get prepared for a boxing fight,” continued Ngannou. “So I have no problem with the timeline that I’m expecting, that I hope will be sometime in like June, July, which is doable. So let’s see. I think it’s too early to make a conclusion. It’s too early to say anything about it but it’s definitely something that we’re looking into.”

As details get sorted for Fury vs. Usyk, the ‘Gypsy King’ has continued to express interest in Ngannou as his next opponent. Recently, the heavyweight champion proposed a hybrid fight with Ngannou ‘in a cage, [with] four-ounce gloves under Queensbury rules’.

Whether that type of fight—or a more traditional boxing match—happens remains to be seen, but Ngannou is hoping to come to terms with Fury in the near future. If not, then the 36-year-old says he will pursue the other option he has on his list of potential opponents.

“We’ve been talking about this fight the past two years,” said Ngannou. “A little over two years. I think at this point, the people are waiting for this fight and talking about this fight more than the [Anthony] Joshua fight, although the Joshua fight is still a massive fight. I would say both fights would be in the same magnitude of a fight, but we are kind of advanced and willing to fight with Tyson Fury, and it looks like that’s the way to go. Then maybe Joshua will be another option.”

In MMA, Ngannou is on a six-fight win streak, including his title-unifying effort against Ciryl Gane at UFC 270 last January.

About the author: Kristen King is a writer for Bloody Elbow. She has covered combat sports since 2016. (full bio)

Jake Paul and Tommy Fury nearly came to blows during an intense staredown earlier today (Sat., Jan. 28, 2023) at the Artur Beterbiev vs. Anthony Yarde event from inside Wembley Arena in…


Jake Paul and Tommy Fury nearly came to blows during an intense staredown earlier today (Sat., Jan. 28, 2023) at the Artur Beterbiev vs. Anthony Yarde event from inside Wembley Arena in London, England.

It was announced earlier this week that Paul and Fury will finally lock horns on Feb. 26 live on ESPN+ pay-per-view (PPV) after having previous bouts canceled for one reason or another. The two fighters have created quite the feud on social media over the past two years so fight fans were expecting a fiery staredown this weekend in London.

That’s exactly what happened as a shirtless Fury came nose-to-nose with Paul in the center of the ring. The two boxers exchanged a few words before Paul stuck his finger in Fury’s face and Fury pushed “Problem Child” as the two were separated. It was an intense scene to say the least, but a great prelude to their long-awaited meeting next month in Saudi Arabia.

Check out the staredown at the top of the page.

Paul, who is coming off an impressive unanimous decision win over former UFC middleweight champion Anderson Silva this past October, is hoping that a victory over Fury will help legitimize his boxing career in the eyes of his biggest doubters. The social media star is currently 6-0 as a professional and continues to improve each and every time we see him compete.

Fury, on the other hand, is coming off a decision win over Daniel Bocianski in April 2022. The younger half-brother of heavyweight world champion, Tyson Fury, is currently 8-0 in his professional career and has showcased some decent boxing inside of the ring. However, many believe Fury could be biting off more than he can chew as the pressure mounts to stop Paul’s meteoric rise while defending his family name.

What say you, fight fans? Who won the initial staredown between Paul and Fury?